On September 12th Tim Cook took to the stage to deliver the Apple Keynote at the Steve Jobs theater announcing the release of the iPhone 8, 8 Plus, iPhone X, Apple TV, and Apple Watch. Check it out. From a consumer’s perspective, they look really cool with their giant screen and augmented reality capabilities. From a business perspective, nothing was done to address concerns around cybersecurity.

With the recent hack of Equifax and the failure of the company to manage the hack, cybersecurity should be on the forefront of everyone’s mind. We live in an age when the new battleground is digital, when we are worried about our election being hacked by a foreign government. There was a lot of hubbub around Hillary using a private email server but many cybersecurity professionals are saying that was the safest thing to do since the server she was supposed to be using was known to be hacked… I mean cmon there’s a target on that.

Apple itself was recently involved in a security scandal which shed light on its vulnerabilities. No surprise this wasn’t discussed at the Apple Keynote. When the government asked them to open up the phone of the crazy in San Bernadino, Apple refused and the government got in the device anyway. That raised The People’s Eyebrow (channeling my inner Rock). 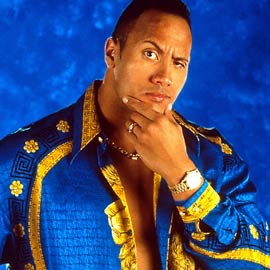 Backdoor into your iPhone?

Back in March, Wikileaks reported that the NSA is using popular devices to spy on people using a backdoor. Same stuff Snowden reported long ago. We’ve heard the concerns with Amazon’s Alexa which you can read about here. These backdoors create huge concerns for the CISO, especially in a BYOD environment. The cool factor will create a vulnerability that can be managed using Mobile Device Management. Check out our post on Enterprise Mobility management here.

The core of CloudOgre’s business is in connectivity and that goes all the way up to the device. It’s easier to secure transmissions over fiber because you own the end device and can manipulate them. The same isn’t true, at least at the consumer level, for Apple phones. Apple is a closed environment which requires an application layered on top of the OS to manage security. For example, IBM MaaS360 or AirWatch.

As a professional in the enterprise technology space, it’s interesting to see how the cool factor has taken precedence over security. Blackberry is struggling to stay alive because their focus was on security. Apple’s focus seems to be around the user making the phone bigger, cooler, easier to use. Without any new mind blowing tech, the wow factor was still the focus of the Apple Keynote.

Even without Steve Jobs’ presence, the Apple Keynote was dynamic. Yes there was a point when the facial recognition didn’t work but that was a good thing since it was actually a protection issue caused by too many folks handling the device. Apple stock dipped which was odd but I’m sure there will be many pre-orders of the iPhone 8, iPhone 8 Plus, iPhone X even with a thousand-dollar price tag (aka a rack, stack, g, or a grand), and the Apple Watch which has cellular built in for greater detail in telemetry and biological inputs like the heart rate monitor… Keyword ‘monitor’.

To conclude, the marketing was great. Looks like they’re trying to create a middle ground by introducing the iPhone X with a higher price tag driving consumer behavior toward the 8s. There are concerns that the OLEP screens may cause a supply issue. My concern, as usual, is around security. Yes you may need to sleep with your girlfriend wearing a mask. Seriously though, when you’re in the chair of a CISO… it’s not so funny. Security first!

Want to talk more about this in your business environment? Contact us here.