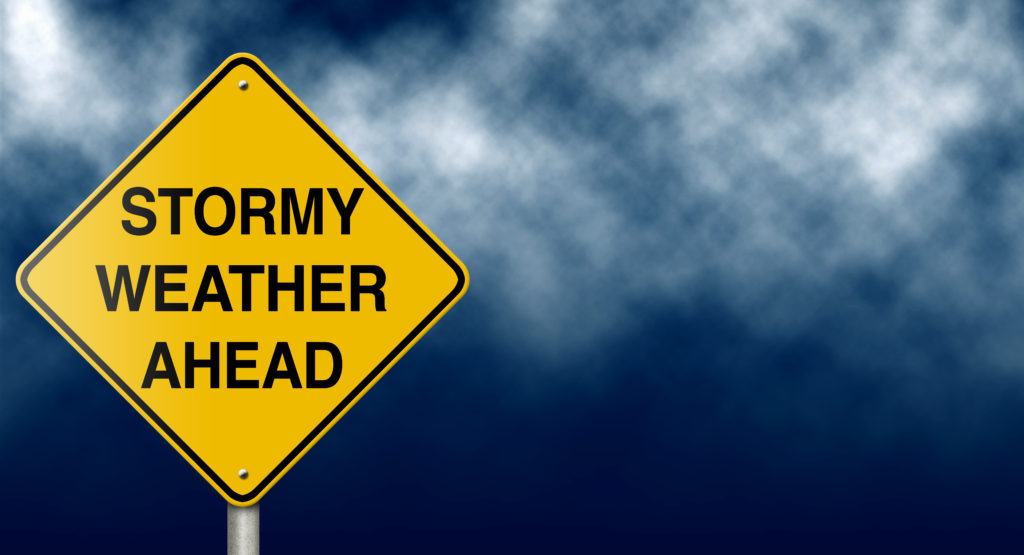 Execute your plan for the 2018 Hurricane Season now

Mother Nature is not a force to contend with. With hurricane season 2018 fast approaching, companies need to revisit their business continuity and disaster recovery strategies.  For those that may not know what that means, its basically making sure that the business continues to remain as operational as possible during the worst circumstances.

Where is the brain of your organization? Some companies rely solely on the cloud for all off their applications whether email, website, phones, or CRM like Zoho and Salesforce. Others that want more control and additional security of their company’s resources and intellectual property want to keep those applications running on servers they own rather than in the cloud. 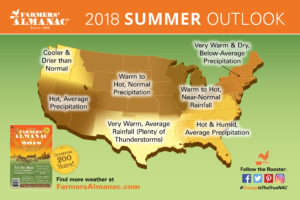 I’ve seen too many organizations that house their data in their own facility in closets with fans, under water pipes, on lower levels susceptible to flood damage, and many other simply bad IT business practices. Not long ago I visited a CIO who bragged that he fought internally to secure space in their company’s new building in the basement… near a river prone to flooding. Needless to say our strategy did not align and we did not take them on as a client.

Today, a hybrid strategy is a best practice combining the strengths of both the physical data center and the cloud to maximize an organization’s ability to stay open in the most dire circumstances. The right data center colocation space is important. During Superstorm Sandy many data centers in lower Manhattan were down hard with no access to additional fuel for their generators. Most of those that housed the essential switching for the public switched telephone network or PSTN and Internet stayed up and running with diesel being flown in via helicopter to power the rooftop generators while average citizens couldn’t even get gas for their car. I’d much rather my company be in that data center with the gas fueling generators on the roof than the one whose generators were under water.

These days I tend to rely more on farmers than meteorologists for my weather. Patterns in nature can be examined via satellite but those with their hands in the dirt, in my opinion, are more credible. This Spring in Polk County NC has been tough with mudslides and heavy rain the cost the lives of our neighborsand even reportersthat came to see the devastation. It’s a small rural county of just over 20,000 covering almost 240 square miles, so it may not have made the news where you are but it was a reminder of the power of mother nature. We easily forget the past because of optimism in our everyday lives however that amnesia can be dangerous. These type of events in more densely populated areas like South Florida, New York City, or any other major city causes a major disruption to business, some of whom end up going out of business.

Data Centers not only protect from natural disasters, they also add a layer of security to your company infrastructure. If your data center is in your closet with a fan on it than anyone who can get into your office can do your organization serious harm. That can be an internal employee or someone from outside the organization. Data Centers are equipped with biometric scanners and armed security guards. These centers hold very sensitive equipment and information for some of the most important organizations in the world.

Those in the know are always looking to budget for data center space because they understand how important it is to the organization. IT executives sleep better at night when they’re collocating in a facility because they know they have everything on lock down! If a server needs to be reset they can call in remote hands to reset the server on camera by a qualified technician. If their office is flooded they can use the data center to hot desk for mission essential functions. Ever have to print payroll in a data center because your office was flooded? Trust me, its a great feeling to know you can still pay your employees especially since their families are dealing with the same disaster.

Back to security, a physical security is a costly expense but very valuable when you’re talking about guarding the brains of your organization. It’ll certainly cost more than $1,000/month which is basically the cost of a full rack in a top tier data center with power (electric) and ping (internet access). FYI-There’s multiple security guards at these facilities. That combined with the cameras and biometrics makes it not only cost effective, but a wise decision. Your security needs are centralized and much easier to manage. Private lines or point to points are typically less expensive than internet access and though SD-WAN is all the rage, its still layer 3 or best effort over the internet, not a physical layer 2 connection which adds security to an organization’s infrastructure.

As a business executive or IT professional, if you’ve never toured a data center facility I suggest you do so and have a conversation internally about your business security including protection from natural disasters and other force majeur. That in combination with the right hybrid cloud approach can keep your business functional no matter what.

Courtesy ZDNet By Natalie Gagliordi for Between the Lines

High Availability for mission essentials functions are a top priority. If it’s not being discussed at your company push for it. The CIO’s average tenure is five years, the shortest of all C-Level executives. Target’s Beth Jacob resigned after their data breach but do we know if the conversation was had and budget not allocated. “CIOs already know that situations like this are a possibility, because virtually every aspect of the business these days is run on systems. When systems fail, even if the wrongdoing originates in business operations, the CIO is still a “best bet” lightening rod to attract the blame.”, says Mary Shacklett of TeachRepublic back in 2014.

Doing what’s best for the organization is not always easy. Getting your agenda funded and other’s buying into the importance can be a tough road to travel given internal politics. Not fighting for the right resources could have you tuning up your resume sooner than should be the case. 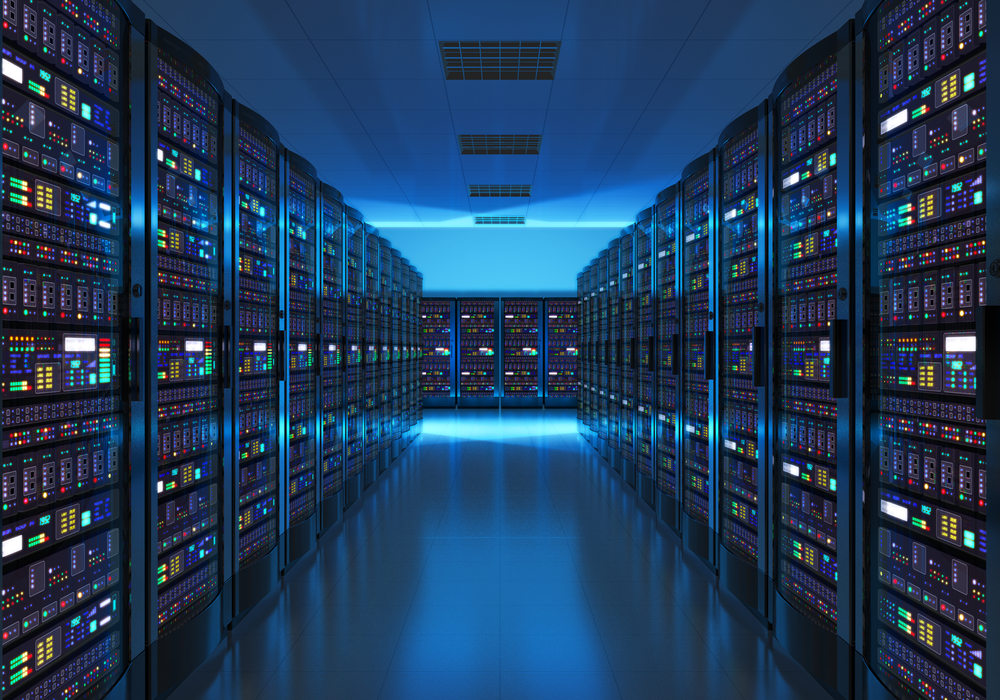 Failure is not an option when dealing with your data center or cloud migration. You need to ask these 4 questions as you consider your strategy.

Question 1: How Much Bandwidth do you need?

The biggest mistake you can make with a cloud migration is underestimating the amount of bandwidth you will need. You always want to make sure you have access to more bandwidth than you need. As Big Data becomes more important to businesses in every industry, your bandwidth needs will only grow in the future. Make sure you know how much bandwidth you need currently and make sure your partner is equipped to meet your current needs as well as any future bandwidth increases as your business grows.

Question 2: Where Do You Need the Bandwidth Most?

When you are using a hybrid strategy for your data center, you need to make sure you have the right amount of bandwidth in the right places. Too often companies and their data center partners fail to take into different bandwidth needs of different departments and locations. This can cause costly bottlenecks that diminish productivity. You should talk to potential vendors about where you most need bandwidth to keep your business moving smoothly.

Question 3: Who is Responsible for What During the Transition?

You cannot afford for anything to fall through the cracks. You need to have clear lines of communication with your consultants and partners. You need to have the peace of mind of knowing who is in charge of each part of the transition. You need to know who to contact to get issues resolved and to get updates. You want a partner who is proactive and who not only has the expertise to execute on the strategy, but the communication skills to make sure you are never out of the loop.

Question 4: How Does Adding a VAR Improve the Experience?

Data center and cloud migration services are not cookie cutter. Your business has unique needs that cannot be met with a one-size fits all approach. Making sure your partner is a value added reseller (VAR) will help you get the exact products, services, and solutions your business needs. Adding a VAR to your project increases your options and adds additional expertise to your transition team. Companies often discover a VAR will be able to solve problems the company did not even realize they had yet.

If you want to stay competitive in this global marketplace you need to have a strong, reliable data center and the flexibility to quickly add more capabilities as the market changes. Make sure you are dealing with partners that are up to the challenge from both a technical expertise standpoint and a strategic execution standpoint.